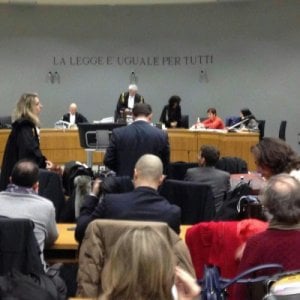 The leader of the Community and Faming Cooperative Il Forteto, Rodolfo Fiesoli, is definitely condemned for minors’ abuse and mistreatments. Some sentences were deleted because statue barred. Economic compensation to victims is confirmed.

Forteto is also a story of institutional short-circuit: Minors’ court continued to give children in custody inside the Forteto Community for 30 years, despite Forteto founders Fiesoli and Goffredi were detained in 1978 and afterwards condemned for abuse. Moreover il Forteto received public acknowledgments as an educational model and became an important economic reality in agriculture.

The president of the Regional inquiry commission about Il Forteto, Stefano Mugnai, express the necessity of a moral justice for those former children, who were given in custody to Forteto community by the institutions, a moral justice that requires the responsibility acknowledgment and public apology: “The cultural and administrative conformity have been determinant for the continuation of violence for decades” and  “we will not permit it occurs again”.