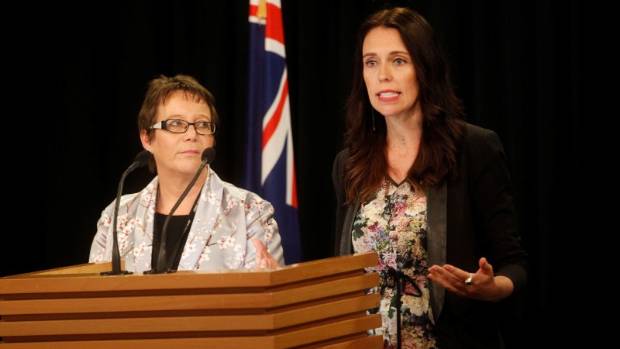 We report The Guardian article on the New Zealand announcement about the establishment of a inquiry into child abuse in state care.

New Zealanders who were abused in state care have been granted a royal commission of inquiry, following the lead of similar inquiries in Australia and the UK, and the recommendation of the United Nations.

Prime Minister Jacinda Ardern said the inquiry would last for at least her entire term in office, and was tasked with investigating historic abuse of children and adults by state-run institutions between 1950 and 1999.

The inquiry – which comes after years of campaigning – would include youth detention centres, psychiatric hospitals and orphanages, as well as any government care services contracted out to private institutions.

The royal commission will be chaired by former governor-general Sir Anand Satyanand and is likely to be the largest royal commission ever held in New Zealand. It is expected to cost about NZ$12m a year.

It will not investigate abuse in religious or sports institutions, a scope that was criticised by some.

Tracey Martin, the minister for children, told RNZ if a child was abused in a religious institution or school where the state had placed them and was ultimately responsible for their care, that would come under the purview of the inquiry.

However she went on to say if the commissioner’s initial inquiries found evidence the royal commission should broaden its scope, the government would be open-minded. “What we have tried to focus on is the person not the institution. Any one individual in the care of the state, regardless of where they were placed when harm happened to them, will be inside of scope of the inquiry,” Martin said.

“We would be silly to ask Sir Anand to go out to consult if we weren’t prepared to listen when he came back. The draft terms of reference are as I described … but I am very committed to making sure the survivors don’t get lost in some hunt for an institution. If vulnerable people were hurt in our care, they are in scope.”

Ardern said: “Any abuse of children is a tragedy, and for those most vulnerable children in state care, it is unconscionable.

“This is a chance to confront our history and make sure we don’t make the same mistakes again. It is a significant step towards acknowledging and learning from the experiences of those who have been abused in state care.”

The move was welcomed by the Human Rights Commission, the children’s commissioner and survivors, who said it was long overdue.

The children’s commissioner, Judge Andrew Becroft, said: “Survivors of abuse in state care will have the deep hurt they experienced investigated and acknowledged by this new inquiry.”

Martin added the royal commission would have lots to learn from the six-year Australian inquiry, recently concluded.

“We must aspire to a higher quality of care for all of our children … we must do all we can to ensure that these sad circumstances can never be repeated. As the lessons emerge, they need to be applied to the changes that are already underway in our statutory care and protection system.”

At any one time there are up to 5,000 New Zealand children in state care, the prime minister said.

Martin said the commission would investigate the impacts of abuse , particularly for Māori, who were taken from their families at far higher rates than Pakeha children (those of European descent), sometimes for transgressions such as truancy.

Last year, 61% of children in state care were Māori.

More than 100,000 New Zealanders children and adults were held in state institutions between the 1950 -1990s, and many suffered serious sexual, physical and psychological abuse.

Under previous governments complaints from people in state care regarding abuse were handled by the Ministry of Social Development, an arrangement the Human Rights Commission criticised for lacking independence and being “ humiliating and drawn-out” for survivors.

← After the judgment of the Court of Cassation Artemisia, Abitare Solidale and the Mugello’s local institutions expect for a change
Caso Forteto: procedura giudiziaria riduce la possibilità per alcune vittime di ottenere risarcimenti →